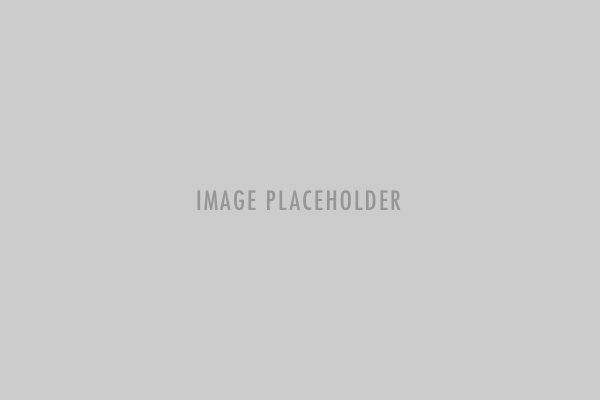 The day commenced with another session of high praise followed by a drama ministration.  Pastor Kunle preached and the response to the gospel was amazing.  One third of the congregation stood up to receive Jesus.  The counsellors surrounded them all.  They received Jesus and the baptism of the Holy Spirit.  The

team was well briefed and equipped for the task at hand.  They were taken in groups to be counselled and directed to the different sections for aftercare.  69 baptisms were undertaken later in the day.  It was amazing to see one of the young Pastors baptised.

The villagers who had previously been on site quickly assembled themselves in front of the medical block expectantly waiting for their medical consultation.  They sat in rows without any instructions, self policing the queue jumpers.  Kemi could not believe her eyes.  What a change.  On the previous two days, it took blood, sweat and to a lot of reassuring words to impose any similitude of order on the queues.  The security and protocol officers had their hands full.  Sister Bola, Mama Ajayi (both nurses) and her colleagues at the registration desk skilfully and tactically managed the flow of people.  After registration, off to the nurses – Mama Kemooo, Sisters Benny, Bolaji with other nurse colleagues based in Nigeria, for their blood pressure and sugar level to be checked.  The nurses filled the room.  At times 6 nurses were all working to prepare the patients for the doctors.  Doctors Faponle, Omololu, Ajetunmobi, Ajayi and others tirelessly saw patient after patient refereeing the complex cases to the University Teaching Hospital about 2 hours away.

Baba Ibeji was seen during one of the sessions.  He arrived on two crutches with his bandaged leg oozing with pulse.  His BP and blood sugar level readings both went through the roof.  He bandages were taken off to show that the major part of foot, angle and shin was an open sore.  This was a diabetics induced ulcer which he had since 1986.  He had gone around the houses to no avail.  During our conversation, he busted into tears relaying his experience.  The nurses washed the foot.  It was like a scene from John 13 where Jesus washed the feet of his disciples.  He was prayed for believing that God would heal his foot.  He came back on Friday for new dressings.  There was a visible improvement.  We believe God will complete what he has started.

Bisi, a 16 year old daughter of one of the local chiefs was seen by Dr Wole.    In September, she had given birth to a baby girl who died as a result of sucking her mother’s contaminated breast milk from her infected breasts.  The mother had ulcerating lesions on both breasts with disfigured nipples.  After the death of the child, the infection spread.  I was told words are difficult to describe the sight.  The nurses managed to dress the wounds and counselled the lady.  After examination, she was referred immediately her to UCH.  The main concern was the possibility of breast cancer although rare at that age.   The next day Bisi came back, looking a lot better.  She was being treated for Septicaemia.  She handed over to Dr Omololu for follow up.

Sister Atinuke also met another woman who was three weeks overdue.  She had lost her husband just before her due date and had not gone into labour.  She was whisked off to hospital immediately.  The report came back that she had gone into labour that evening but the labour ceased.  We prayed that night for safe delivery.  She gave birth to a baby girl by caesarean section the next morning.  The Eye Clinic was overrun by patients.  Sisters Fola and Catherine joined the front house team to ease the pressure.  Sister Funmi narrated the testimony of a woman with bi-lateral cataracts.  This was one of five cases.  She had never seen her teenager grand daughter.  It was explained to her that she would be operated on Thursday and the next day she will have her sight back in one eye.  Before she left home on Friday, she spoke to her room “I am leaving you in darkness.  When I come back I will see light”.  She regained her sight and was jubilant.  She was the most excited person around.  She had her second surgery on Saturday and saw with both eyes on Sunday.

This year our medical team included two dentists, Dr Ibukun and her colleague; and many assistants.  They saw over 80 patients mainly children.  Sister Betty, Sister Toyin and Bro Peter became translator cum dental assistants.  I was too squeamish to wait around for too long.  Pulling out of teeth was an art.  Anaesthetic went into the gums and a couple of minutes later; pop the tooth came out.  A women saw the dentist and came out very grateful!.  She thanked God that she was no longer in pain.  She would be able to sleep and live without pain.  God does works in mysterious ways.

I cannot fail to mention the work of our fantastic group of pharmacists.  They dispensed a wide range of drugs donated by various Pharmaceutical companies.  They worked endlessly morning to evening meeting the needs of the villagers.  Beside pharmacy was the cervical screening operation.  Their clients were females aged 40 and above.  The women were taken into a secured room for tests.  I was not allowed entry.  Those who were tested positive where requested to return for treatment.  Many people benefitted from this early cancer detection screening.  The cervical nurses were busy.

Some of the underlying health issues in the village were back pains among the farmers, ringworm was rampant on the heads of the school children, alarming teeth wear among the general population and promiscuity among the teenagers.  Rural health educational sessions, health and hygiene talks, physiotherapy sessions for farmers, good lifting methods demonstrations need to be taught as well as sex education to prevent some of these issues reoccurring.  The medical team saw hundreds of patients each day.  The queues never ended.  Drs Faponle and Omololu did a wonderful job organising the medical team.

A Fire conference was held with the 13 pastors from Imini and the surrounding areas.  They were encouraged, empowered and enthused to carry on the work.  A pastor shared his testimony that he did not know how he got to Imini but he knew the Lord wants to send him to minister in Togo.  They were encouraged to fully participate in the Outreach programme as God could double, triple or quadruple their current congregations.

Friday had a different flavour to it.  Business empowerment seminars were held in Cake and bread baking, tailoring, bead making and traditional women head gear “Gele” tying.  The sessions started off with the Bread making master class by Mrs Oyelade. The group was informed that a good baker is hard working and very patient.  With care and tenderness the dough is prepared.  Some pre-prepared dough was shown to the class and the class commenced. The covenant women team from Akure were fantastic.  Sis Bolaji and her team were eager and enthusiastic to pass their knowledge to the new converts.  A brand new sewing machine was revealed and the mysteries of the fashion world started to unfold.  I was eager to see the end product but had to move on.  Not left out was our own budding entrepreneur Sister Betty, her inability to speak Yoruba did not deter her from explaining to the villagers the endless possibilities  and opportunities ahead of them in the business world.  The villagers were captivated by the inspirational message of hope.

Today the King of Imini was baptised in the Holy Spirit and began speaking in tongues.  He could not stop talking about what the Lord had done for him.  He admitted that in three short days his life has been completely changed.  Bro Adegun masterfully followed him up bringing along other Pastors with Palace ministry experience.  It was a great source of joy knowing that his Royal Highness had been transformed into the royal priesthood.

Sisters Bose, Lola, Yetunde, Shade, Lara, Jackie, Enitan, and Fola all held the fort praying for the sick and counselling new converts.  This was in addition to being Youth and Children teachers as well as working with the elderly.  Well, God gave women the ability to multitask.  I can only do one thing at a time!.  I cannot forget the work of the deliverance team. I have given you power to cast out demons.  Pastor Oladunjoye and his team were very busy taking authority over demons and casting out evil spirits.

The medical van was slightly delayed in leaving IITA in the morning but God had a plan for the passengers of that vehicle.  As they drove from Ibadan to Imini village they spotted a girl convulsing in the middle of the road.  Cars swerved past her but nobody stopped to help.  As the van got closer we saw the girl being dragged like a goat to the side of the road.  The van stopped and the people piled out to her  aid.  She had clearly suffered a head injury as a result of her epileptic fit and there was blood gushing from the wound. The team managed to find her mother and drove the girl to a nearby hospital where she received medical care.  The team took the family’s contact details and paid a deposit for her medical care.  The team promised to check on her  progress on their way back.  We visited the hospital in the evening and prayed for her. That was an experience on its own.  Sister Shade ministered to her mother who was a Muslim.

Miss a day? Catch up on the previous day using the link below and make sure you follow the next update in the next few days.