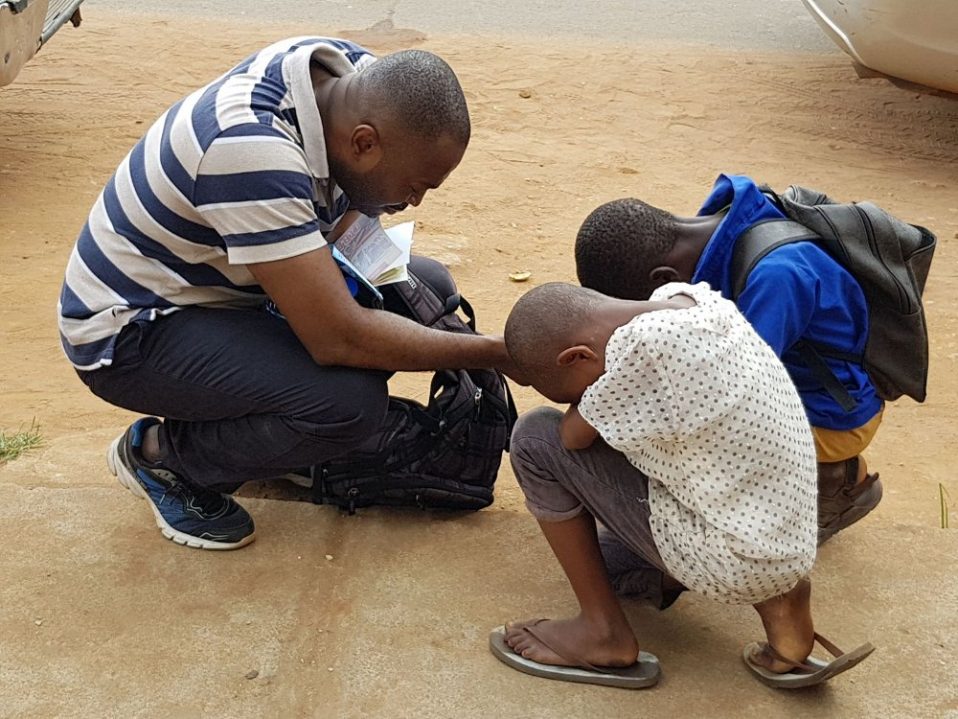 I crossed the road over to Mummy Kate who was speaking to a shop owner and her customers. Bruce and Sharon were also dishing out leaflets. Suddenly an SUV stopped and 8 kids jumped out. Explicit Dance Group took over the walk way. The music boomed from the car stereo. Within a couple of minutes over 30 children and adults had gathered around to watch the wonders of the Lord. Summersaults, splits, flips and other acrobatic acts won the hearts and minds. 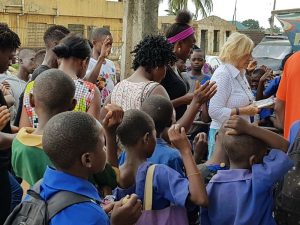 Mummy Kate preached the gospel there and then on the street and over 10 people including children responded.  I remember a young boy called Michael who asked that his photograph be taken with Mummy Kate. 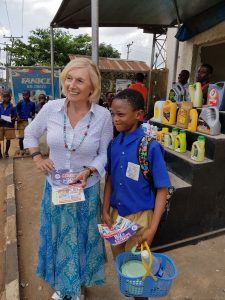 A new generation of believers and champions were being raised. 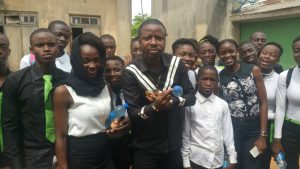 The “You are Special” leaflet and beads was a simple but effective way of sharing the gospel. Everyone wants to be specials. But not everyone is told how special they are. The Lord has commissioned us to be creative in doing His business. The gospel must be preached to all nations and tongues prior to the second coming of our Lord.  Let’s take the message out of the pulpit into the streets through medical outreach, dance, music, education, food parties, house parties and gala dances.

Epe, the city where the Lord dwells, we have arrived.

More people arrived at our hotel. The place was now filling up.  After many false starts, at 1.50pm we all jumped into the bus, and off we went to the orientation camp. Orientation with the Nigerian team commenced at the 2pm.  The Camp Commandant, Pastor AkanbiOluwa, welcomed everyone to Liberty 2017.

Training began with Pastor Akinola who reminding us on the key things to do and say when we go out to evangelise.He talked about the “Roman Road” scriptures.  Sharon showed us a practical way of leading people to Christ using the “You are Special” booklet and multi coloured beads wristband. Pastor Omisade spoke about what to do during counselling.  I had the privilege of explaining the purpose and arrangements for Healing School.  Pastor Tolu rounded up and gave us instructions regarding the praise rally. 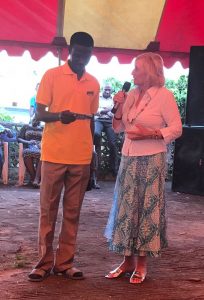 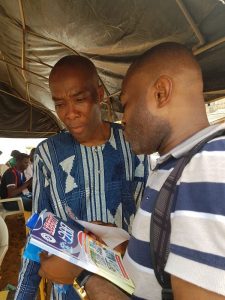 After the orientation, the praise rally began. The workers were divided into two groups.  Off we went led by a pickup truck filled with people exuberantly praising the Lord with a shout.  Every house along the Epe/Ijebu Ode Road received a flyer inviting them to the programme. The love of Christ was spread generously around the neighbourhood.  While trailing behind, I met Tope O and Sarah.  I was wondering what are our English-speaking youth were doing. Lo and behold, Sarah was speaking in Yoruba to a woman. My jaw dropped but I had to quickly close my mouth due to the flies and dust. 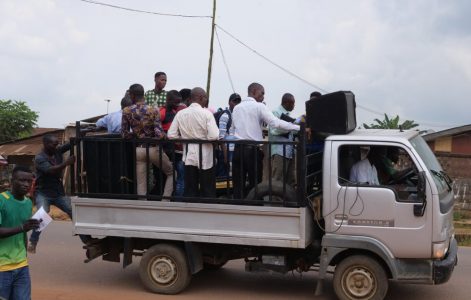 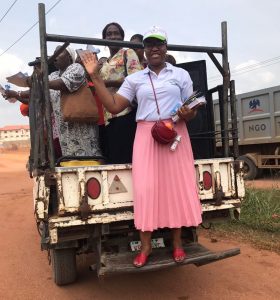 From the high street, we went to the fish market. It was a happy reunion.  We met many of the traders who we had seen last year. Live crocodiles and various species of fish were on sale.  Mummy Kate went from stall to stall praying, preaching, and prophesying into the lives of the market traders.  Sharon and Bruce also went about distributing leaflets and preaching the gospel. This was the first time I have ever gone to a market with women without spending a penny!  We rounded off with Explicit Dance group ministering once again energetically. Their final dance turned into a flash mob where all the market women joined in. It is beautiful when we praise the Lord in song and dance.